The DoubleBassGuide has its origin in a website I published in 1994. It started with a collection of informations about pickups and amplifiers for double bass that already have been available back then. I wrote the website’s HTML completely by hand, using selfhtml, the HTML editor Pagespinner and Mac OS 9, and later Golive. 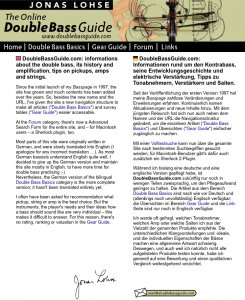 In the mid-1990s, Internet research was more laborious than it is today. It was before Google was launched in 1997, and there were only a few web forums on the subject of double bass, so my site quickly developed into a central point of contact on the WWW for bassists.

Soon, I developed the website further. I added a couple of articles that I wrote on double bass’ history, strings, pickups and amplification; suggested reading lists with double bass and Jazz related books, and a glossary with double bass related terms in German and English translation as well as biographical informations about double bass makers. 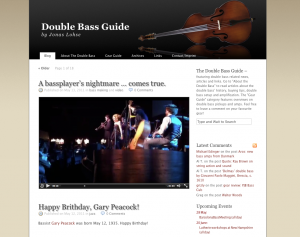 In the mid-2000ies, weblog systems like WordPress became popular. Around 2005, I launched the German-language weblog kontrabassblog.de as a second double bass related website. In the beginning, I had maintained the content of the DoubleBassGuide bilingually in German and English, but that soon became too much work for me, so I separated the two language versions and used WordPress, which was still new at the time, for the German version. At the end of the 2000ies, I also switched the DoubleBassGuide from static HTML to the dynamic WordPress software.

25 years is a very, very long time for a website. In fact, I have somewhat neglected the content maintenance of the DoubleBassGuide in recent years. One of the reasons for this is that I have transferred the knowledge that I have gathered over the years on the subject of double bass into a book, which was published in 2018: Das Kontrabass-Buch. 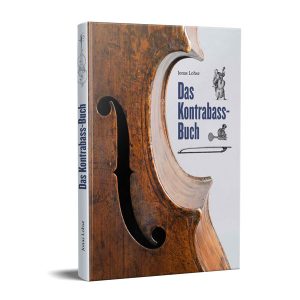 From the digital media back to the analog … Just as a digital sound sample will never be able to replace the sensual impression of a double bass played live, a high-quality printed book that I can leaf through haptically still offers the greatest reading pleasure to me. Das Kontrabass-Buch was published in German in 2018, and the first edition sold out quite quickly. At the end of 2020, the second edition – revised and expanded up to 240 pages – was published.
In 2021, the English-language version was published: The Double Bass Book.